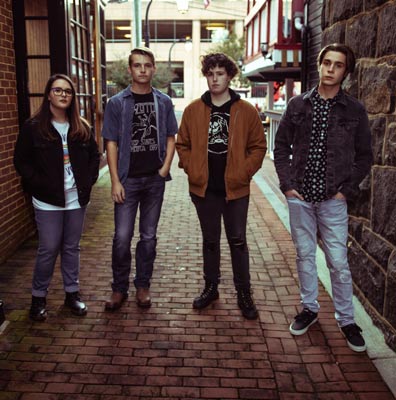 The King St band is a Northern Virginia rock band based in Loudoun County. The band consists of 4 talented high school musicians who write, record and perform their own music. The band is currently working on a new album to be released in 2022.

King St. also has a repertoire of cover music, ranging from 70's classic rock through the contemporary hits of today. King St. was formed in the drummer’s basement in early 2019 and has grown from an instrumental jam group, into an ambitious, genre-crossing powerhouse. The band is made up of Tom Cegielski’s on drums, Adian Preshong on lead guitar, Fletcher Zuckerman on bass and Ella Levri on vocals.

Learn More About Us!